After Daiwa had already convinced me this year with the Legalis LT and the BG sea spinning reel, the next thing I did was get the Daiwa Fuego LT in size 4000 and test it extensively for you. The new Daiwa LT concept stands for Light and Tough, so light and stable / tough. Where Daiwa put a free spare spool in the box in the last reel generation, it can no longer be found. The Mag Sealed concept, which seals the roller against penetrating water, is seen as not entirely uncritical. The reel is made of the new carbon fiber composite called DS5, which does not quite come close to Zaion. The second is also a carbon fiber composite, which is installed in some of Daiwa’s top rollers. You can read in this post whether the role is any good and whether the Mag sealed concept is good.

Fresh out of the box you first have to screw in the crank. In general, fishing reels with screw-in cranks are better because of this technology

less crank play is reached and, however, they are also somewhat more susceptible than rollers with a counter screw. Another point about the slim crank is the lightly rubberized crank handle that I use

I think it’s pretty great because it offers really good grip and is pleasant to the touch. It’s also nice that the crank arrives well greased (see picture on the left). Of course, the crank can be attached to both sides of the roll, so it is also suitable for left-handers. How to do this is also noted in the instructions.

After the crank has been installed, it is of course first turned properly. The run of the reel convinces it is silky smooth and as it turns out on the water, even under load with heavy bait plus a lot of herbs. The look of the role is rather simple in black, red and silver not exactly the most noticeable role. The Stradic CI4 + is visually very similar, the bail arm is similar to the Legalis and also jumps over with a clear clack, so the bail spring seems to be stable and to last a long time. The handle envelope of the Penn Slammer 3 is, however, much stronger. I spooled my reel with a 0.22-inch Kastking braid – the line laying is great, as expected. My role with the deep spool holds a lot of line.

Overall, the role feels very valuable, nothing rattles here and everything is neatly processed – that’s how it has to be.

As already mentioned, a spare spool is missing, but the usual washers are included to change the line pattern and of course an exploded view (on the packaging), as well as instructions for caring for the reel, which thanks to Magseal can easily be washed off under lukewarm water. However, the role is not completely waterproof.

Here is an overview table of the different versions of the Fuego LT and also an overview of what the abbreviations mean. I got the LT 4000 DC because the gear ratio of 5.1: 1 is not too high, so that I can spin fish especially for pike but also for pikeperch. The 12 kg braking force is over the top and would also allow catfish, but whether the rest of my 4000 model can do that is another question. In 6000`s size I trust the role at least spinning for catfish.

At this point I would like to go back to the Magseald concept and the problem with it. If a reel is sealed in this way, there may be problems after opening, as there is no maintenance screw, as is the case with some Shimano reels. So if I want to grease my role, I lose the guarantee. On the other hand, according to some anglers who have opened theirs, the reel is so well greased that you don’t actually have to grease it for the first few years.

Glossary for the table: Daiwa’s abbreviation

In the practical test, the reel had to run right on time for the end of the pike slow season and of course the pike were not absent. Whereby I currently have 3 different pike setups and only two pikes felt this role. Nevertheless, these predatory fish were around 70 cm in the larger ones of the season so far. I only took both pikes out of the water for a short time and didn’t measure them, so it was difficult to say exactly how big they were. Since I currently only fish large baits of 50 to 100 grams for pike, the reel was also allowed to show what it can do under load and that has consistently convinced me. Many reels turn super easily in idle and then there is a problem with the water. Of course, it gets a little harder when you fish large bait or pull in another 5 kg of weed, but the Fuego LT still feels good. The throwing distance with the reel is also great. I haven’t had a wig once! 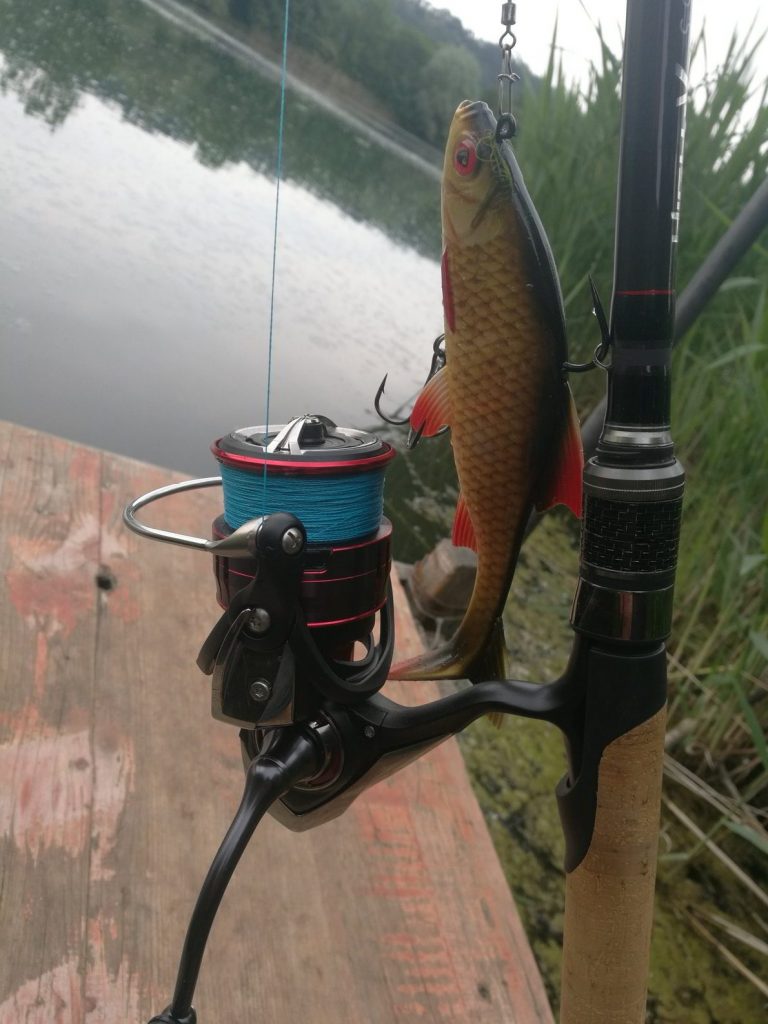 A clear recommendation for the Fuego LT, which is now usually available well below the RRP. For the money you get a lot of roll and so far I haven’t found any defects. How the material and Magsealed will fare in the long run will only tell time and an update will follow if I notice anything negative. 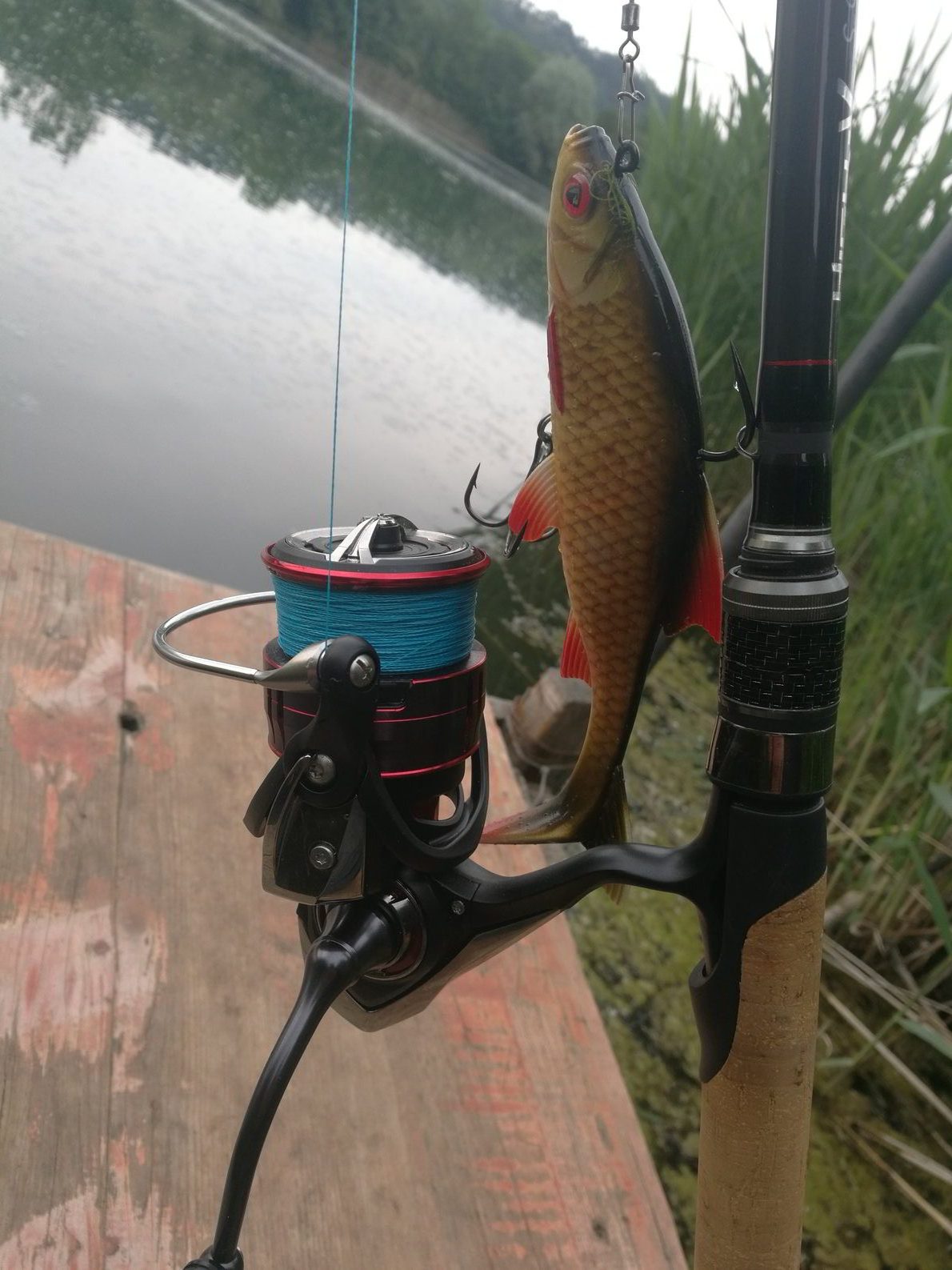 Learn to Fish Like a Pro: Unbeatable Performance with Huk Fishing Boots Review

Huk Fishing Boots: An Unbeatable Performance Fishing is an activity that requires the right gear…

The Technium was on the Sedona reel from the same manufacturer.The Shimano Technium Invisitec line…