Actually, the WFT Penzill Nano has already made a good name for itself, but I have tested the popular spinning rod extensively over the last three weeks and also pushed it to its limits. The rod I tested is the Nano Cork in 2.4 m with a casting weight of 4-18g. The rod is also available in other lighter and heavier models, see links. 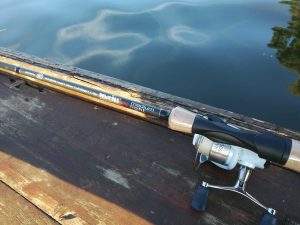 My first impression is relatively good, the rod is as expected extremely fast and quite stiff especially for such a light rod with a casting weight of 4-18g. The design is more classic and the blank is black, only a carbon pattern is incorporated in front of the handle. For the most part, the workmanship looks very good except for the handle, where the plastic parts don’t connect so nicely to the cork. At first glance, the handle with its indentations, with which you can touch the blank, reminds me of the Okuma Alaris. But this one is of much higher quality. The mentioned depressions save weight, but they also make it possible to have your fingers on the blank to hear every bite. A further weight saving takes place with the small rod rings, these start quite large with the guide ring and then close quickly Microguides.

I miss a hook eye on the rod, otherwise everything looks pretty good at first and I’m on the water right after unpacking.

As already mentioned, I had the rod with me on various spinning tours for three weeks and so the rod came on the boat but was also misused for spinning with and without waders for trout and chub. At first I noticed that the throwing weight still has some room for improvement. 5 gram spinners are nevertheless thrown very well and far here you can also see the length of 2.4 m, which throws significantly further than shorter models and is ideal for my flow. When fishing with braided ones over 0.12 mm (corresponding to 0.24 ‘monofilament), the casting distance suffers because of the small rings. So I mostly fished a 0.08 ‘braid with a fluorocarbon leader.

During the first tour on the boat, mainly small chubs (20-30 cm) joined the tape, they fought well because of the high temperatures, but could be caught up fairly easily. But here I have already noticed how, in combination with braided cord, I can make every little one Feel nudges and handles right down to the handle.

On one of the next spinning tours with the waders, a rubber crab came up with a challenge for the rod: a good one 62 cm long barbel got my rubber cancer on sight – that

was pure adrenaline and gave a really great drill. Barbels use the current very skillfully with their body and so it was not easy to catch up with the hard-fighting fish at the fast-flowing place. Shortly afterwards, on a creature bait, a beautiful rainbow trout went to the tape from the same channel, it was at least 47 cm tall and also fought well. I was still able to pump the fish that far and despite wildly shaking my head and even jumping I did not lose any fish. Unfortunately, I caught a barbel on the dorsal fin again for rubber crabs, the fish, which is also a good 60 cm long, fought accordingly and – it couldn’t help it – stood across the current. The rod bent until I heard a slight crack, but that seemed to come from the paint or something else “unimportant”, because I haven’t noticed any weak spots or cracks so far. The fish went off and I was glad because that wasn’t fair. But here was the rod clearly at their limit, because getting the fish up against the current was hardly possible. The rod is roughly estimated, but properly hooked fish up to 70 – 80 cm can join in as long as you are not fishing in the strong currents of large rivers such as the Rhine.

On the next trips I was able to catch one or two trout up to 53 cm and many chub from 20 to 40 cm. So far I’ve only had one the day before yesterday Trout disembarked, but this was also a beautiful brown trout and I fished with single hooks. After the bite, the fish immediately went wild.

By the way, I fished with all kinds of baits from spinners to wobblers to rubber fish. But the tail is very clear Made for soft fish and jigging or lounging.

Top rod especially for that Perch fishing with rubber fish or light pikeperch jig. I have misused the rod for all sorts of things, see the practical section and that also made it nice. The dropout rate was actually extremely low, but you just get every bite and don’t miss anything. The workmanship is good overall, but could be a little better. You can also put a lot of weight on the rod. The rod is highly recommended and I would buy it again at any time.

The rod is still being fished and I will also use it for perch and pikeperch at the lake. As always, I bought the rod myself and the test corresponds 100% to my opinion without any influence from the manufacturer. 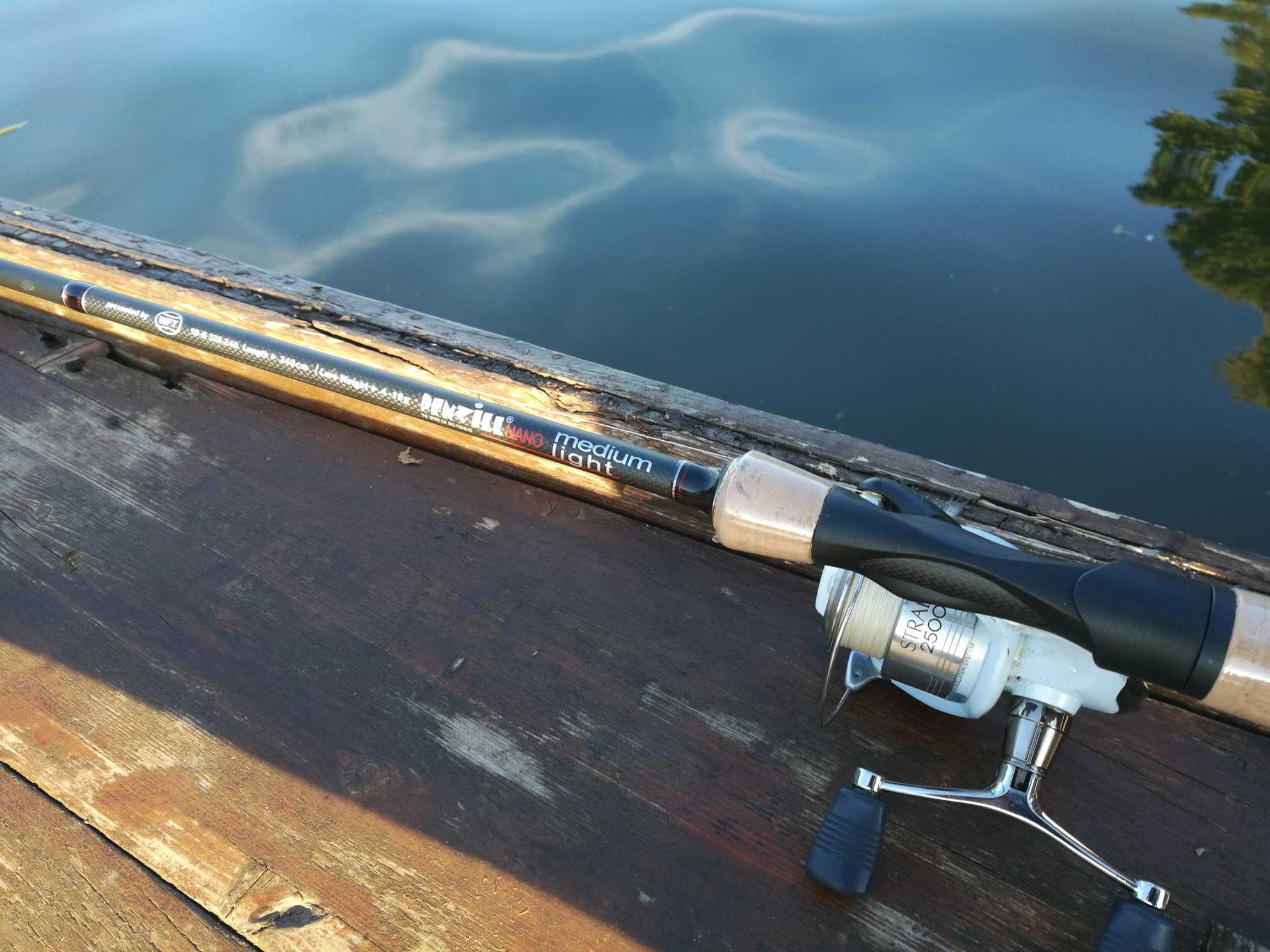