There is no question that the Penn Slammer series is a classic among the spinning reels and the symbol of a fishing reel that is really tough. The Penn Slammer III is a more than worthy successor with modern roller technology and new features. Also the main problem of the old slammers, the not so good line lay has been fixed. I got the Penn Slammer 3 as a role for the Daiwa Prorex and my upcoming vacation in the Canary Islands and here is my first impression. The test will be expanded as soon as I have fished more with the reel. 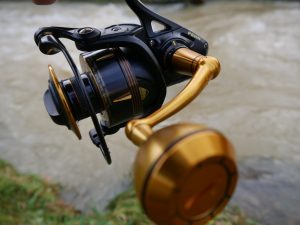 Before I buy a role I do a lot of research and you are my readers. Of course, with cheap rolls, I also tend to do it faster and sometimes risk a bad buy, but I had no concerns about the slammer. So the reviews and videos I’ve watched are all clear and the role is awesome, especially for the price. Sturdy reels suitable for salt water usually cost significantly more, so the Slammer 3 is almost a “bargain” with its ~ 100-160 €, depending on the reel size.

My first impression and novelties of the III

My first impression of the slammers is very clear: great role with an interesting design and great and well thought-out new features. Thank goodness some things haven’t changed and that’s Penn

Slammer again Full metal roll, which is a guarantee for their robustness, other things have not changed at Penn either. The role is really well greased and no matter whether you remove the brake knob or turn off the crank: the blue Penn roller grease comes towards you. There is a big difference to Daiwa and Shimano reels, which are oiled and only very economical. Penn doesn’t mess with fat, he puffs it up with it. This also contributes to the robustness of the roller, even if it has the disadvantage that the roller does not turn as easily in the store. The other brands don’t fish that easily after half a year. The Penn can survive years of non-maintenance with the fat bath, and the fat helps the role to be more waterproof.

Because the role is not just Suitable for salt water, but also protected against the ingress of water during short immersion baths. “IPX6 Sealed” is the name of the concept. The roller bracket is thick and robust again and folds over with a single clack with a single turn of the crank. That speaks for the robust spring built in for continuous use.

The new Slammer does not turn as easily as my old run-in Slammer 460 when cranking, but that should change soon once the fat has been better distributed. Nevertheless, the high gear ratio is noticeable. But there are also many new and positive innovations in Slammer 3.

I have had the slammer with me on some spinning tours on pike at the lake and have now been able to outsmart one or the other Esox with her on my rod. Spooled with a 20 lb braided line (0.23) I never had problems with wigs or anything like that. The wrap pattern is good and the bail arm has never just been folded over for me. Only in the cold does the metal handle knob get a little cold. Fishing with gloves is the order of the day. For pike, of course, due to the high gear ratio, I always had to turn the reel much more slowly, especially in winter you have to pull yourself together a bit so that the bait doesn’t pull the pike by the mouth.

In the drill, of course, no fish gave me any problems with the role: the role is really strong.

The next test of the role is still to come: spin fishing in salt water for bonitos, large garfish and bluefish in just under two weeks. Of course I’ll tell you how I got on with the role.

The Slammer III is suitable for this

The smallest reel of the slammers is a 3500 roll, which already suggests the area of ​​application of the reel series: this is about big fish that need robustness. The smaller two versions are ideal for fishing for pike and pikeperch but also cod and any small and medium-sized sea predator. Even warm-blooded smaller predators from southern climes should pack the little slammer roles. The reel can also handle larger baits and especially jerks and poppers, other stationary reels quickly run out of place here, not so the slammers. The larger versions are then for the really big fish, like with us in fresh water the catfish or in the sea everything that makes the rod neatly crooked.

It is precisely the high translation that makes the role for fast sea predators great, whether for speed jigging or quick wobblers. Sure for that Pike spinning you have to turn the roller more slowly and a difficult start when starting the crank is noticeable, but this is completely normal for 6.2: 1 gear ratios. I can also imagine the smallest of the Slammer 3 reels on a long sea trout rod for spin fishing for trout and cod, as it balances the long rods with their heavy weight.

For those who like it very fast, even in the large roll sizes, Penn still had them for them last year Penn Slammer III HS brought on the market. HS stands for high speed, i.e. a high gear ratio with a high line draw-in. For anglers in this country, however, quite uninteresting, except for holidays in the south and fishing for large and very fast fish, such as GT, Wahoo and Co, because the HS version of the Slammer was developed for this.

The Slammer III models at a glance

Alternatives to the slammer

Those who like things a little easier are well advised with the Daiwa BG, the Daiwa sea reel is available for a little less money and has become very popular with sea anglers around the world since its market launch.

The old Penn slammer was a part of what anglers wanted to treat their tackle roughly and badly, or simply wanted a sturdy workhorse. The new one now also satisfies higher demands, although it is not immediately super smooth, but you can save yourself a while on maintenance. It is a recommendable spinning reel that is worth every penny and I’m looking forward to many years with the Slammer 3. Of course, the reel weighs a little more than plastic spinning reels, but that’s the price you have to pay for a full metal body. I think the role is just great! 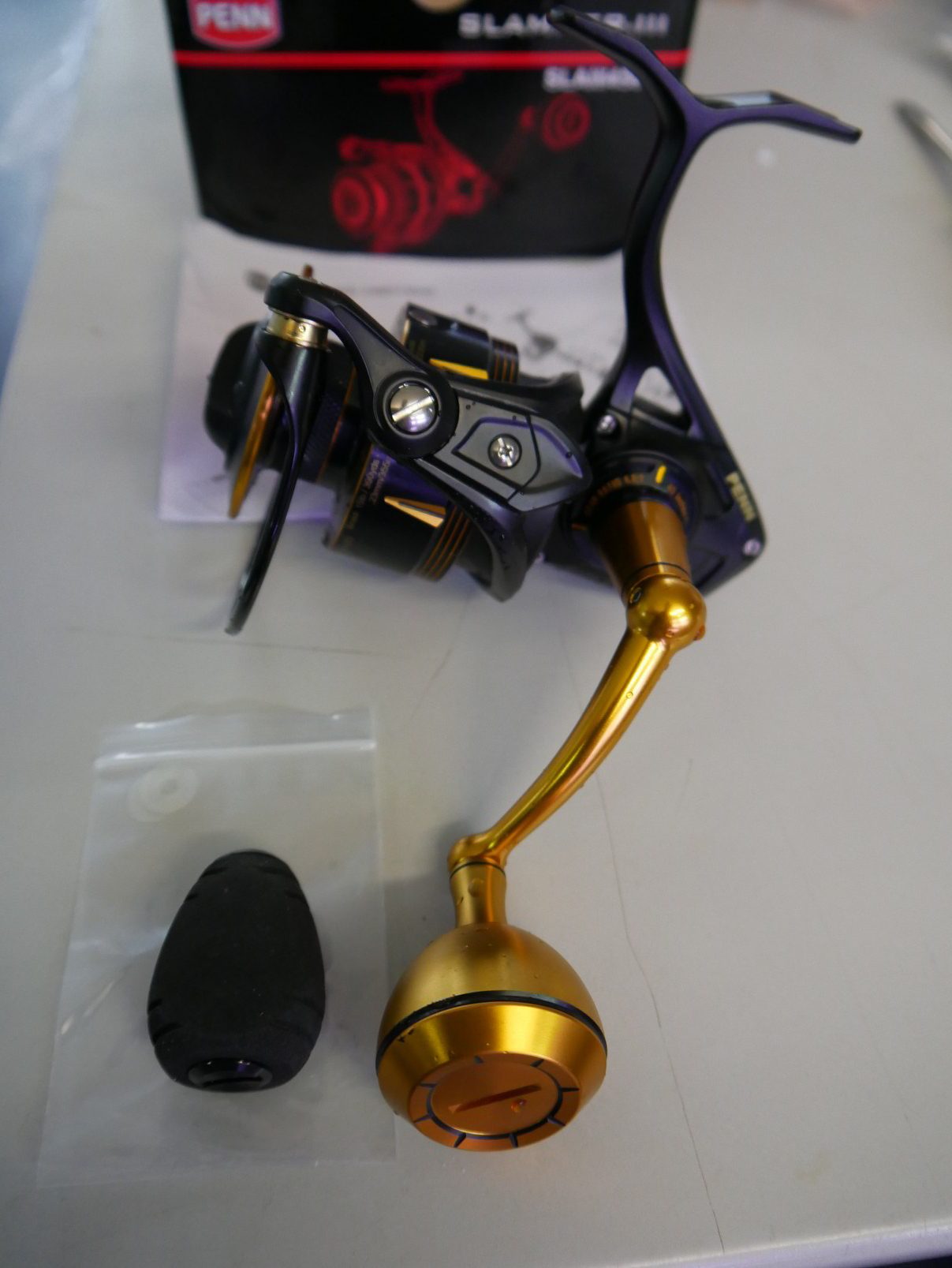 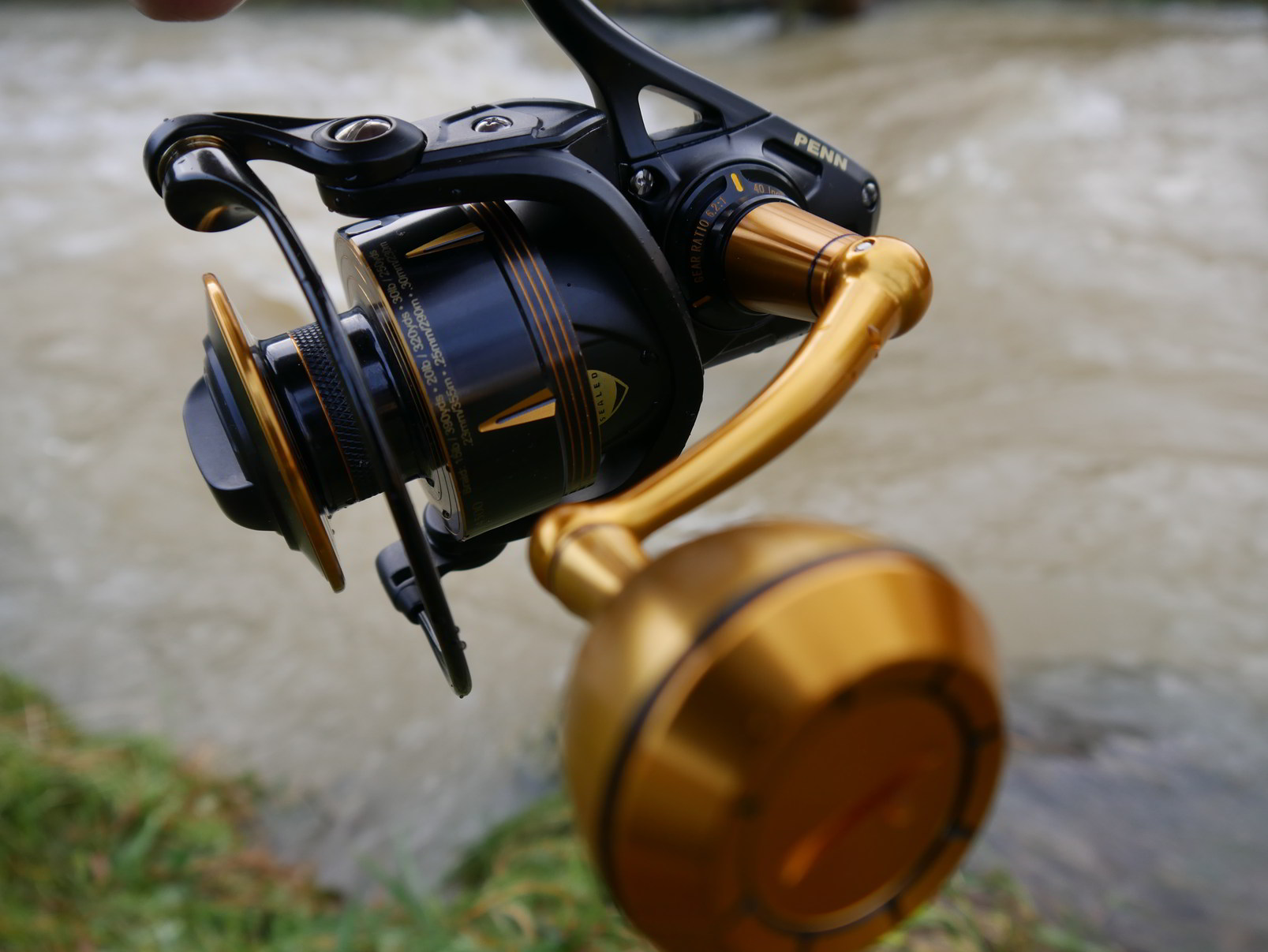 For those who live in or are visiting Florida, the state's Fish and Wildlife Conservation…

Experience Fly Fishing in Blowing Rock, North Carolina For anyone looking for an exciting fishing…