A good fishing reel is part of a good spinning rod. For the

There are others spin fishing Requirements for rolesthan on reels for stand fishing. That’s how it plays Weight and the Line laying a bigger role. Here in the article you will find top models from every price range, which have proven themselves and the requirements for modern spin fishing correspond.

Besides some Insider tips are the series of roles that have proven themselves in practice. I also took into account a few special categories, such as reels for sea fishing and especially sturdy castorsthat are hard to break down. For anglers who like it a little faster or just want to crank less, there are reels with special high translation.

Update: the article has been updated for 2020. New models that have drawn my attention in the course of the year and are rated as good to very good are being introduced.

That makes a good reel for spin fishing

Spin fishing has a good role to play, theirs brake works flawlessly and in no case jams or starts with a jolt. Since you cast a lot and for a long time in spin fishing, that should also be the case Weight of the roll as light as possible otherwise it will

of the ball-bearing to do. Although the number of ball bearings is always advertised, this has only limited to do with quality and often more to do with attracting customers. A good spinning reel can run very smoothly with just 5 ball bearings! It is important that nothing scratches or runs unevenly when you turn the crank.

That too Line roller must be able to turn quickly and perfectly with a light touch, because it prevents wear and twist in the line.

Another point that is important is that Do not crank any play backwards when the backstop is switched on.

The line draw-in is also important: this has to do with three factors.

Regarding point 1: a high gear ratio also means a higher one Starting resistance and then is

useful when we need a quick bait guide. When I fish upstream in the river, I always want to be in contact with the bait. I also crank up trout or asp with a small 4.9: 1 roller ratio. That’s why I prefer to use a 6.1: 1 ratio for these fish species. If I fish for pike, then I prefer lower gear ratios, because otherwise you run the risk of cranking the bait past the lazy pike too quickly.

On the other hand, when I have very strong fish in the fight, lower gear ratios are often useful. With spinning reels, however, I would rather look at how fast I want to present my bait.

Point 2 I can hardly influence when I have thrown 100 m, then I just have to expect that my recovery speed will simply decrease per crank turn.

The point 3 are hardly a purchase decision for me. I then choose the reel which type of fish I want to fish and then certain sizes make sense because they fit the rod.

Most spinning reels have one Front drag, which is simply much stronger and more durable than rolls with one Heck– or. Combat brake. A combat brake allows the angler to switch quickly and easily between two brake settings. This works very similarly to a freewheel and can also be used as such. However, the mechanics are a bit fragile. Of course, it is a matter of taste which type of brake you prefer. Nevertheless, front brakes have not caught on without good reason.

Of course they are too Throwing properties important for a role, we want to use as little effort as possible throw far. This is why most of the rollers have rounded or even conical ones Drop edges on the spool, over which the line slides with little resistance when casting. Even more important for the casting properties is a fishing line that is as round and thin as possible, which is attached to our reel spool. The bobbin should always be filled to 2-3 mm below the edge. More leads to Wigs and less is throwing distance.

The Line laying is a very important quality feature. Especially when fishing with braided lines, you need a reel that can lay it properly. This is the case for all roles in the tables and you can safely wash up braided ones. Sometimes there are washers under the reel spool which have to be removed in order to have a good line lay. You can see whether this is necessary if the line on the upper or lower edge of the spool is too thick or too thin after a few layers.

Summary: these are the important properties of a fishing reel

What a good spinning reel costs

There are already good spinning reels for around 30€ these are good quality reels which, if handled carefully, you can fish for many years. You have to make compromises in terms of ease of movement and the durability can be somewhat reduced. For 50€ you get a lot, because for years the Technology of high end roles in the next year a price segment can be found further down and so on … until the technology has at least partially arrived in the cheap roles. Because some features and expensive materials don’t move down any further. Of course, other materials are usually used in the cheaper roles. Full metal rollers made of aluminum cost more to produce.

For a little more money you get even better line laying and lighter reels with high stability. In the high end segment you pay a lot just to get a high end reel. Nevertheless, there is also the latest technology and the claim to get the best that is currently available on the fishing reel market.

Make sure you understand what you want to spend, because for 10 € more there is always one in the price segment of 40-150 € even better role and so you quickly end up with significantly more than you actually wanted to spend.

Spinning reels for the beginner

I usually recommend beginners to choose reels in the lower price ranges until you really know which type of fishing gives you the most pleasure. I also recommend occasional anglers who fish less than 10 times a year to choose inexpensive to mid-range prices, as the material hardly tires when used occasionally and you can fish with the reels for many years. If money is not an issue, you can of course treat yourself to better roles.

But you don’t catch fish with it any more, except in the very rare case where the last meter casting distance counts or you want to fish persistently all day and 50 g less counts or the ease of movement.

Adjust the weight to the rod

The weight of a spinning reel should be adapted to the fishing rod as it is strong Top-heaviness one rod goes quickly into the wrist and one unnecessary burden represents. The center of gravity of the spinning rod should be a hand’s breadth in front of the roller foot. If you balance the fishing rod there on two fingers, it shouldn’t tip forwards or backwards. The longer and heavier a rod, the faster it becomes top heavy with a light reel and vice versa. So if you fish a 1.8 m long rod, the reel should be rather light and vice versa. With a 3m spinning rod, it is not too easy to choose the right reel, but rather one size larger.

New spinning reels use a variety of high tech materials from carbon fiber reinforced plastics to various metals. The Shimano Stradic was partly made of very light magnesium oxide. Brass and other light metals are also used inside. The axle should still be made of steel in order to have the required stability.

The materials should torsion-free be. Torsion-free means that the rollers have a high degree of rigidity against elastic deformation caused by a force or torque. For our stationary reels, this means that the reel base or other parts of the reel housing do not warp when a strong fish is in the fight. Metal rollers in particular have a high level of torsion resistance, while cheap plastic rollers can be bent back and forth.

Which reel size fits which fish species can be seen in the table below this paragraph. The whole is to be seen in relative terms and the table should only be one basic orientation give. In addition, there are roll sizes such as a 2500 which is between the size of a 2000 and a 3000 roll. It should also be noted that Shimano wheels are always a bit smaller than Daiwa models. A 3000`s Daiwa reel corresponds to a 4000`s Shimano.

Still other manufacturers call a 1000 roll 710 and the 5000 roll of the series is then the 750 size. The trout does not care whether it is caught with a reel that can be used to play catfish in the stream or with a small reel. When it comes to reel sizes, it is primarily about the braking force, the weight and the stability of the reel and the balance of the rod and reel combination.

Chris tip: If you want to store your spinning reels for the winter or if you don’t want to use them for a longer period of time, then release the reel brake. Otherwise the springs will become loose over time and will no longer work as efficiently.

These are the top spinning reels of 2019

The spinning reels for little money do not have to hide from more expensive models. Only the longevity is less with continuous use and of course they do not crank that easily. Nevertheless, they are quite sufficient to simply go fishing.

New to the list is the Ryobi Cynos II, which I also tested myself >>. Here, too, I am absolutely satisfied with the reel, because the reel stands out with some special features, such as a screw-in crank and rubberized spool. Of course, it also runs very smoothly and the brakes apply without any problems. Only the long-term experience with the role is missing so far.

The Spro Mimic is an inexpensive stationary roller, which is noticeable due to its very soft run and low weight. The role got an extra test >> I couldn’t find any defects, only I don’t really like the consistently black design but that’s a matter of taste, as is well known. Other roles, such as the one or the other Chinese role, are often also usable Traps but due to a lack of … 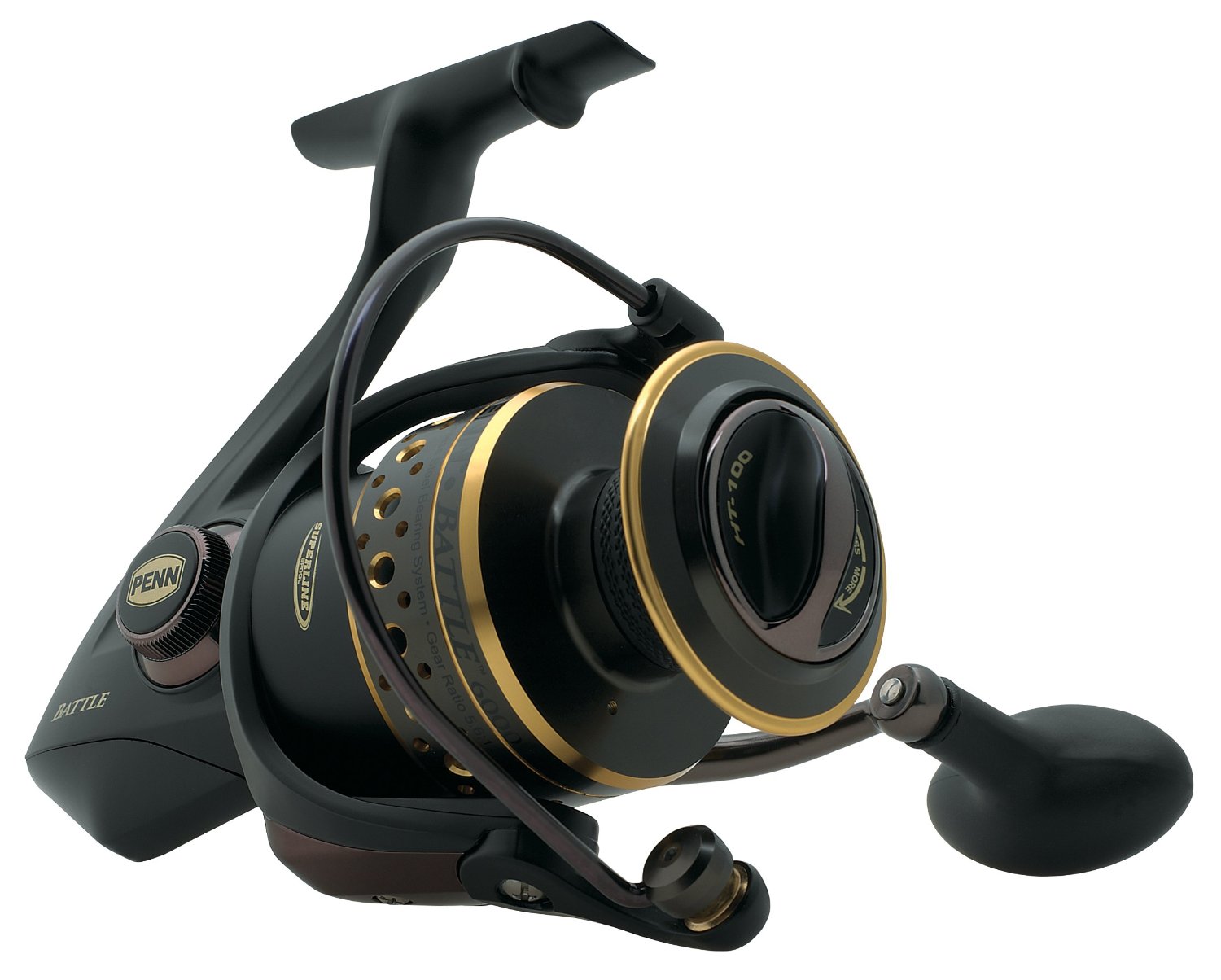 Catch a Big One: Rat Lure Fishing Tips for Beginners

Orlando, Florida is home to some of the best fishing spots in the United States.…

Properties of travel rods: an overview

For anglers who want to fish on the side or specifically on vacation, or who…

Nothing compares to the feeling of catching the biggest fish in the lake. Whether you…